Can you answer the question, “What is rapport?” The French originated the word rapport, meaning “to bring or offer back.”  However, the French use the word most often in the phrase en rapport avec, meaning “to be in connection with someone.”

When you walk into a prospect’s office, what do you do to establish rapport?  Traditionally, salespeople look for something in the office that begs a question. For example, “Is that your sailfish on the wall?”

How many times do you think that prospect has been asked that question?  How often do you think the prospect hears a salesperson ask about the family portrait on the desk, last night’s baseball game, etc.?  The prospect anticipates these questions.  Verbal skill is actually a very small part of the rapport quotient. Non-verbal communication goes a long way toward establishing rapport with your prospect.

Show and Tell (and Touch)

All of us interpret our personal environments through our senses, which act like filters.  Your mind is constantly asking, “How does what just happened fit into my world? How do I make sense of this and that?”

You use your senses to interpret your environment: sight, smell, sound, touch, and taste. For certain stimuli you use only one of these senses; for others, you use some combination of the senses.

In the business world, three senses are dominant: sight, sound, and touch. (Unless you sell a food product, you generally cannot give your prospect the opportunity to taste or smell.)

How can you tell which sense dominates the prospect’s decision making engine?  Listen for the clues.  Every prospect will give them to you.  Just listen to what the prospect says.

A visual prospect will say something like, “That seems a little fuzzy to me.  Can you show me a picture,” or, “I’m having some trouble focusing on that idea. I’d like to see that in my mind’s eye.” Visual people use their eyes to view the world around them and they need visual images to communicate. If you want to sell a visual prospect, you’ve got to speak visually.  “What do you see yourself accomplishing?” is a good question to ask a visual.

An auditory prospect may say, “What does it sound like when you make the connection,” “Can you comment on the importance of this gadget,” or, “I’ve got to make it clear as a bell in order to announce it at the next level.”  Auditory people use their ears to make sense of the world.  Next time you go to a concert, look around for the people who have their eyes closed. They’re not sleeping; they’re listening. They don’t need to see the orchestra to enjoy the music.

A kinesthetic prospect may say, “It feels a little muddled to me.  It’s got to fit hand-in-glove with what we’re already doing,” or, “It’s a sensitive issue, and I’ve got be comfortable with it.”  The kinesthetic prospect seeks trust.  Learn to create the feeling of trust, and you can quickly establish rapport with a kinesthetic person.  Equally important: Kinesthetics want to know that you are about them.

By “reading” your prospects’ cues and “living” in their world, you can quickly establish rapport and begin to improve your sales proficiency.  Your goal as a salesperson is to learn these bonding and rapport techniques and practice them repeatedly. 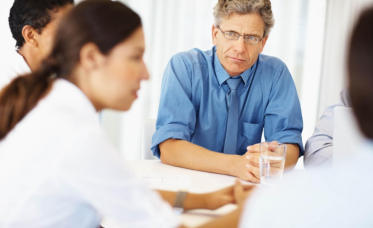 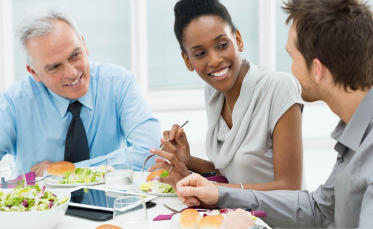