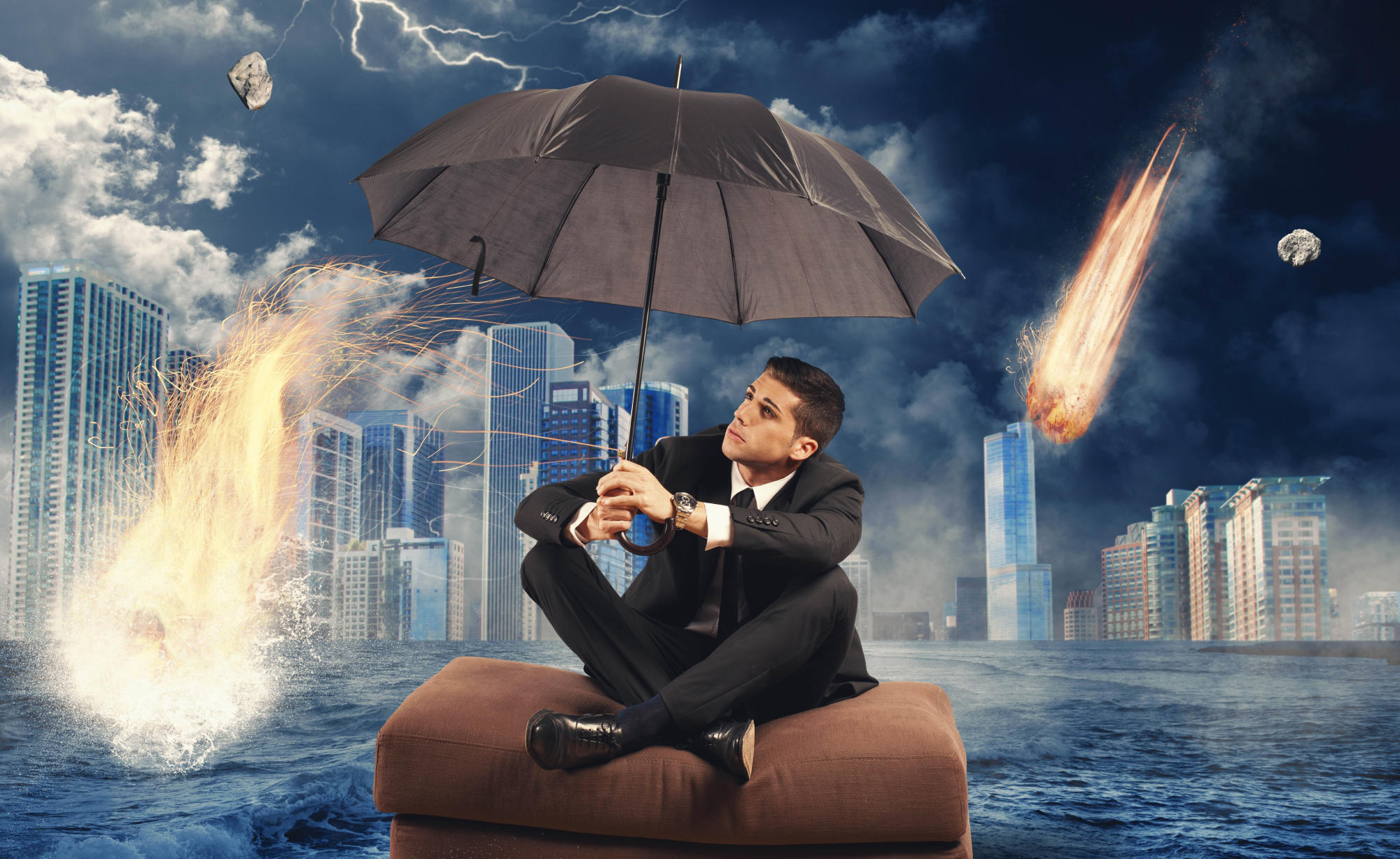 There’s an old joke about the guy who gets stranded in a flash flood and is sitting on the top of his house with the water swirling around. A small rowboat comes by loaded with people and they ask him if he would like to get in. He says, “No, I’m waiting for divine intervention.” A while later, a speedboat pulls up and tells him to get onboard but the man insists that his faith in the all mighty will rescue him. As the water creeps up to the peak of the roof a helicopter hovers above and sends down a rope ladder for him to climb up. He declines the offer saying God will take care of him.

The man drowns and goes to heaven where he says to God, “why didn’t you help me?” God says, “I don’t know what more I could have done, I sent a rowboat, and speed boat and a helicopter.”

Unfortunately, as business people we sometimes do the same as the man on the roof. We lament that we need better salespeople, we may wonder what we have to do to get people to achieve your expectations, or why people just don’t get that you have the best product or service. I encourage you to think about what you can do other than wonder.

Regardless of the size of your company or the budget you have, you can provide support for your sales people to help them develop proven skills, positive attitudes and productive behaviours. Even the most seasoned salesperson should have a belief in lifelong learning. The market is in constant change. Literally 50% of the workforce is now “X” and “Y” generations and they are vastly different than the boomers and boomer children. And the millenniums aren’t far behind.

The world of the prospect is a murky one. To them everyone looks, acts, and sounds the same. Think about the three top reasons that your customers buy from you. Typically it will revolve around top products, great service, and an excellent track record. Do you think the number two guy is telling the prospect, “we suck.” No, he is pumping his stuff and the prospect under those conditions doesn’t differentiate your salesperson from the next guy.

Even with the lowest budgets, any employer can go to the local book store or the internet and get exercises and information that can be brought into the weekly sales meeting. A regular, consistent thirty minute meeting on techniques, attitudes, or behaviours with group discussions, exercises or roleplays will begin the process of elevating the professional level of your people. If you’re unable or uncomfortable doing this, find a professional who can. The results you are hoping and praying for might just happen.