Never Ask For the Order 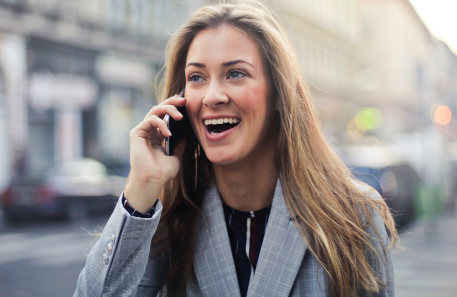 One of David Sandler’s famous selling rules reads as follows: “Never ask for the order -- make the prospect give up.”

At first, that instruction might sound confrontational…and perhaps even impossible. If you don’t ask for the order, how are you supposed to make the prospect give up? About what? And anyway, isn’t the first rule of selling supposedly “ABC -- Always Be Closing?”

ABC is the first rule of amateur selling. Professionals, it turns out, approach the job a little differently.

Amateurs are, indeed, constantly asking for the order. They love pushing the “Have we got a deal?” button. They say things like, “Hey, let’s do this.” Or: “There’s no time like the present. We should get the paperwork started.” Or: “I think this really makes sense for you.” The problem with their approach should be obvious: these salespeople are incessantly pushing people.

Think about what happens when you get pushed around by a salesperson. What do you do? You resist. You put up barriers. You stop communicating. David Sandler knew that whenever prospects buy in these situations, it’s in spite of the hard sell, not because of it. Sandler’s rule reminds us to pull, not push. We want the prospect to be the one who decides when it’s time for us to do business together.

And how do we make that happen? By asking the right questions. Here’s an example of what such a question might sound like: “What would you like me to do now?”

Isn’t that question a lot easier to handle than one of those so-called “closing techniques?”

Imagine you’re the prospect. After speaking with the salesperson at length, the two of you have covered all the bases. You’ve identified the problem you’re trying to solve. You both understand the impact of that problem. You both know what the budget looks like. You both know the criteria for a good decision, and you both know that all those criteria have been met. So, imagine at that critical moment, instead of pressuring you, the salesperson simply asks, “What would you like me to do now?”

Two things are likely to happen at this point. First: if the salesperson has done the job correctly, the answer will be some variation on “Let’s get started.” Or second: if there’s still some kind of obstacle the salesperson has not uncovered, the prospect will say what that obstacle looks like and what, if anything, the salesperson can do about it. Either way, the salesperson is off the hook. There’s no mystery. The prospect has “given up” the game of withholding information. All the cards are on the table. How much better is that than the mistrust and strained silence that often follows an “ABC” outburst like “Hey, let’s do this”?

Other good questions you can ask at this stage of the sale include, “Is that something you’d like me to do?” and “What do you see as the next steps?” If you've done your job properly, and if you ask questions like these, buyers will tell you where they stand. They're either going to close themselves … or they’re going to explain where there are still problems. But you can’t expect them to do that if they feel pressured.

So … don’t ask for the order. Make them give up!

3 Questioning Strategies to Help You Close the Sale